Katia Gysling and her contributions to addiction research 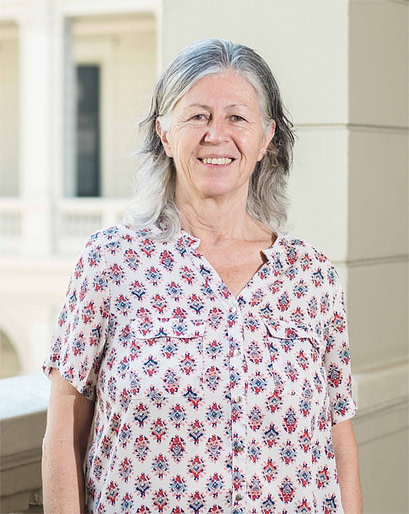 For many, talking about Dr. Katia Gysling is talking about one of the greatest contemporary references in addiction research. After graduating in 1975 from the University of Chile as a biochemist and continuing his studies at North American universities such as Saint Louis in pharmacology and Yale later, he has dedicated much of his life to researching and training undergraduate and doctoral students and members of the network. RICPA on topics related to basic neuroscience and addiction research.

These achievements have earned her to become one of the few female full professors at the Catholic University of Chile and also a member of the Chilean Academy of Sciences. However, her teaching role has not been an impediment to her investigative work, which she has never set aside, being one of the founders of the Chilean Society of Neuroscience, at the same time that she has managed to climb in social and governmental recognition reaching advise institutions such as SENDA and WHO on issues related to drug use. She is currently considered one of the largest spokespersons nationwide on neuroscience and addiction issues.

What motivated you to investigate addictions?

The experience as a child seeing how alcohol can do so much damage to people and realize that a person cannot leave it even if they wanted to. That made me look for a memoir for a biochemistry degree on the subject.

If you had to choose, what would your two scientific findings be in that area?

The first would be the one I had in a PhD rotation, in an electrophysiology laboratory I observed that morphine decreased the activity of very active cells in the ventral tegmentum area and at the same time, dopaminergic neurons were significantly activated. It was difficult for me to convince the professor, but we published it and it is my most cited work.

The second is the study of the interactions between receptors and the protein that binds the corticotropin releasing factor, it has revealed that there is still basic information about the brain that we do not know, there is still much to understand.

¿How has addiction research progressed in Latin America?

Quite a bit, in several Latin American countries there are numerous and very productive researchers in the area of ​​addiction.

What is missing for the progress you have made to be incorporated into prevention and treatment policies in Latin America?

A very important fact that we lack is to recognize that alcohol is also very addictive and we must consider it an addictive drug. There should be no advertising for alcohol and less directed at young people who are more prone to addiction.

At the Latin American level, what progress on a clinical and social level would you highlight?

I would say that in Chile, when Lidia Amarales was in charge of the SENDA (CONACE) and managed to eliminate the advertising of nicotine. Excellent achievement.

To our pride, you were a member of the World Health Organization team on the use of cannabis and opioids. Can you tell us about the efforts and progress of that team for the Latin American public health organization?

I have to admit that it was a very interesting experience to participate in the WHO Expert Committee on Drug Dependence, where I learned more than I could contribute, since international regulations were reviewed and how to avoid very serious problems with drug use was discussed. some substances in the world and with the illegal drug market.

The legacy of Dr. Gysling

In addition to her professional achievements, her work as a teacher and scientist has inspired dozens of now graduated students, who thanks to her based their later studies on addition and neuroscience issues. Among them is his former student and current RICPA member, Dr. José Antonio Fuentealba, “as a teacher, his philosophy that“ every instance is a learning opportunity ”he recognized very much left me.

Another of her students was Dr. Ramón Sotomayor-Zarate, who was with her in her theoretical-practical pharmacology courses, also as an undergraduate thesis and postdoctoral fellow. In this regard, Katia was for him a role model not only as a professional but as a mentor and tutor now that he also teaches “not only is her career as a scientist impressed but her extreme humility, which is a constant lesson in our work as an academic and researcher ”he points out.

Another of the voices in gratitude for the work of Dr. Gysling is on the part of Dr. Paola Haeger. For her, her work was decisive by inspiring her in her own research “She transmitted to me her energy, rigor, responsibility and commitment to work in an area as demanding as this one. Even more, having barriers as strong as the economic one to do research and to be able to generate social awareness about the problem ”, he highlights.

Finally, Estela Andrés, a colleague of his for more than 20 years, highlights his optimism and joy despite adversity and his undeniable contribution to Chilean science. He put the BNST on the map of the investigation ”.

All this reflects that Dr. Katia Gysling is much more than an excellent neuroscientist whose way of working and facing life has deeply penetrated each person who knows her and a source of pride for her students and colleagues.

Answers to Interview Questions for ISBRA Newsletter November 2020 1 How did your interest in alcohol research arise? I think that, first of all, it is important that you Read more ...